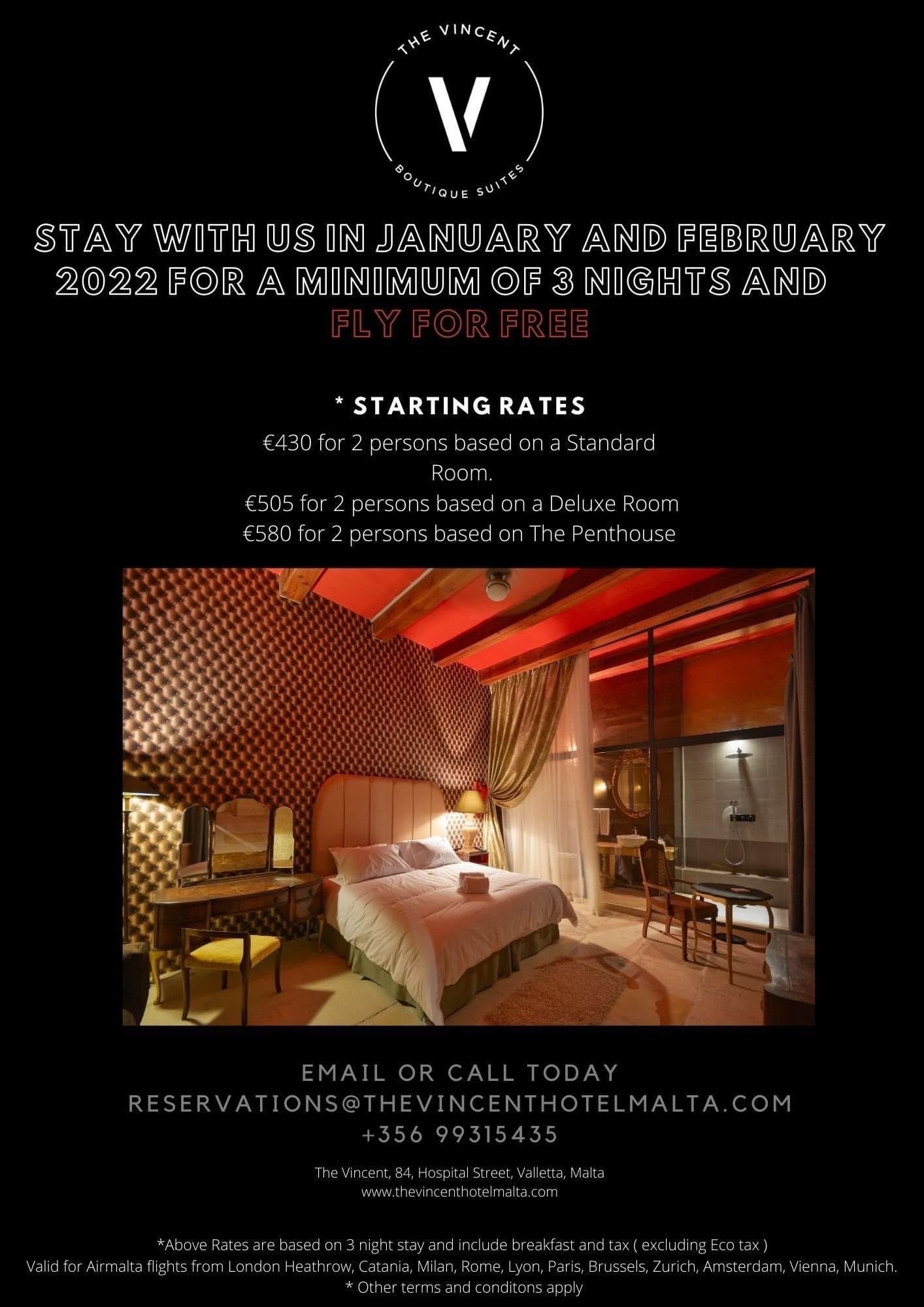 The hill Valletta stands on was earmarked by the Knights of Malta as the site for their new capital after the Great Siege of 1565. The Knights and the Maltese fought bravely and valiantly to withstand what was then the mighty Ottoman armada.

Sceberras hill was chosen to make Valletta as impregnable as possible. The Knights, headed by the fearsome Grandmaster Jean de la Valette, imported the best people to design the city.

Given the name Valletta to honour the Grandmaster, the city was planned as a proper fort with bastions and vedettes all around and a natural harbour which was to become one of the finest in the world. Valletta was shaped as a star to make its ramparts easy to defend.

Its bulwarks, its honey-hued grandness, have made it a force of beauty, famed for its treasures, its Grand Harbour, its streetscape in grid fashion, its art and buildings which mesmerise.

Today it is better known for its inclusion rather than its original aim of exclusion. In fact, while Benjamin Disraeli described Valletta as “built by gentlemen for gentlemen”,  today it is a city for men and women alike and for any traveller of whatever status.

The city back in the 16th Century was fashioned by the best engineers and has withstood the test of time, growing and changing its own texture and ethos.

From an austere fortress city it took on the flamboyance and flair of the baroque era, flourishing and becoming a centre for art and commerce. The Valletta of palazzos grew and the churches, buildings, auberges and the magnificent St John’s Co-Cathedral were showered with pomp, glory and edifying art.

As Valletta expanded, its population, its commoners together with its noble gentry, grew too. Bars, inns, hotels, shops and all that makes a thriving city, flourished.

There was intrigue and some shady dealings; Caravaggio duelled away and was banished to a dungeon, but not before he painted his Beheading of St John. This painting alone attracts thousands of people to this fabled city—it is the artist’s only signed one, a vibrant painting which he signed in blood.

As the city grew, its buildings, houses and streets increased. Today Valletta boasts one of the most imposing and beautiful—even if quirkily controversial—projects.

Designed by Renzo Piano, one of the world’s foremost architects, the city entrance, staircases abutting the entrance, parliament building and opera house are breathtakingly striking. As with all things Maltese, some hate the whole project, especially parliament, calling it the national shame or the national cheese grater.

The capital of Malta is a peninsula fed by two spectacular natural harbours, one aptly called the Grand Harbour, which offers vistas of sea, plying boats and ships, cruise liners, bastions and old cities across the sea.

Valletta is a living, thriving, jazzy museum of art and people. Roam around the streets, and breathe in the houses, the little nooks and crannies, the niches, the doors, the balconies, the people living, dining, drinking or whining about their laundry and hanging it out overlooking the street. Valletta is a land of grandeur and contrast, of majesty and sweaty men, women and children.

2018, and Valletta will be the official European capital of culture for a year. A lot happens in Valletta but 2018 promises to offer even bigger attractions.

Throughout the year, events will be organised to put Valletta further in the spotlight. The main aim of this designation is to propel it to even bigger things, even more culture. And culture is not just for the high-brows—culture for all is something to look forward to in 2018. And beyond!

The Vincent is located in the lower east side of the capital, in the heart of the city, with its old bars, locals, balconies strewn with washing, women and men gossiping on their doorstep, and photos of favourite saints, football team banners and banter. Nothing similar can be found in such close proximity in other places of Malta. Visitors staying in the epitome of quirkiness, The Vincent, will experience this authenticity in many ways.

A few metres away from The Vincent is the magnificent Mediterranean Conference Centre, which was the leading hospital built and run by the Knights Hospitallier, the Knights of St John. Just off The Vincent is St Elmo, the War Museum, the sea, and one of Malta’s leading attractions, The Malta Experience, a historical audiovisual show.

Museums and places of interest

From the National Museum of Archaeology to the Grand Master’s Palace, Valletta is an architectural gem in itself. The city hosts a large number of museums and places of interests. Most are open on a daily basis from 09:00 to 16:00 hrs and mornings Sunday and public holidays.

The entrance to Valletta